Helping New Mexico Families Recover From Accidents Since 2004
Contact Us Now For a Free Consultation
Member Of: 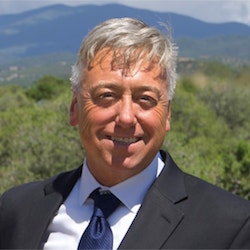 Thell has had over 20 successful jury trials. He has been a practicing New Mexico personal injury lawyer since 2004. Thell and his team have obtained millions of dollars for their clients. Thell is dedicated to holding irresponsible drivers accountable for injuring his clients. Thell will fight strategically to get you the money that you deserve from an insurance company. Thell and his team will not charge you a fee if they do not win your case.

Contact Us
Practice Areas
Client Reviews
★★★★★
I was referred to Thell after not making forward progress with another attorney on a personal injury claim for an auto accident in 2014. My injury was both serious and complicated, so trying to heal and simultaneously worrying about my lawsuit felt overwhelming. Thell's entry relieved this anxiety. Thell and his staff treated me with compassion while they assembled my medical history and a clear case. Everything was thoroughly explained, patiently, and every piece of advice I received was reasonable and helpful. During the deposition process I felt well prepared and supported... Adrienne B.
★★★★★
I was in an auto accident and was represented by Thell Thomas. I am very satisfied with the professional service provided by Celeste, and Thell Thomas. While having patience I received the maximum money compensation possible for the serious personal injuries that I sustained. I highly recommend their law office for any auto, personal injuries, or accidents cases. Cathy H.
★★★★★
Law Offices of Thell Thomas is my attorney for a couple of car crashes that I have been in (not my fault). My cases were very complex with multiple issues but as my personal attorney Thell Thomas was able to get me substantial compensation of Full Policy Limits. Their time and dedication to your case Pays Off. . . . I recommend Thell Thomas to everyone I personally know who has had an accident, or someone that asks.. "do you know of a good attorney" J. M.H.
View More
Submit a Law Firm Client Review